Bosses in Darkest Dungeon 2 features a list of unique, powerful enemies that usually involve a "boss battle" sequence that requires the player to defeat or overcome in order to progress the main campaign or to unlock more features of the game. Bosses are not limited or normally seen at the climax of a particular act, but these dominant forces of nature can also be encountered in certain portions of the game, such as guarding an objective.

Bosses are generally stronger than the average enemy that have an exponential amount of health, a unique set of attacks, its own behaviour, stats, strengths, and weaknesses. This page covers a compendium of all the bosses featured in Darkest Dungeon 2 where players can find guides and strategies on how to defeat a certain boss, as well as information regarding its location, statistics, rewards, lore, and other relevant information.

All Bosses in Darkest Dungeon 2 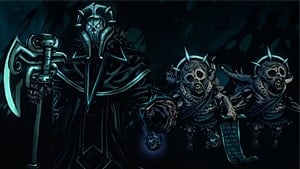 Deacon: The Deacon has a tentacle-like body covered with what looks like an ecclesiastical vestment for its clothes, it also dons a headgear that resembles a skull and is wielding a giant battle axe. The Deacon is also a Cosmic-type enemy that belongs to the Cultists enemy faction.

Harvest Child: The Harvest Child is represented as a deformed baby-like entity emerging from what appears to be a large cornucopia. The Harvest child also falls under the Plague Eaters enemy faction. 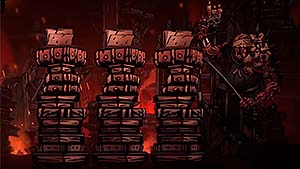 Librarian: The Librarian looks like an educated madman that is obsessed with fire and literature. The Librarian stands tall on burned and broken stairs, with burned pages found impaled on the left side of its burned body. The Librarian falls under the Fanatics enemy faction 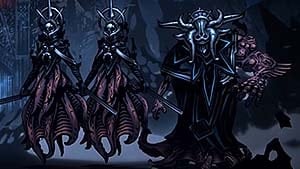 Cardinal: The Cardinal looks strikingly similar to the Deacon, both have tentacles that make up for the body, wears almost the same vestment, and dons a headgear that resembles a skull, but with few changes. The Cardinal doesn't wield a weapon, instead, it has an abnormally huge left arm. The Cardinal is also a Cosmic-type enemy that belongs to the Cultists enemy faction. 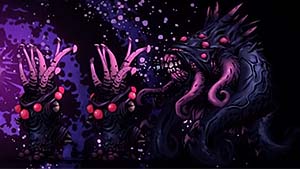 Shambler: The Shambler is a monstrous entity lurking in the shadows, with massive tentacles formed as its body and numerous eyes placed around its head. The Shambler is also a Cosmic-type enemy that belongs to the Cultists enemy faction. 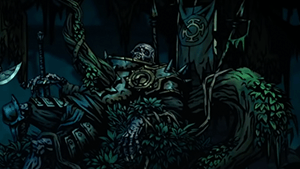 Dreaming General: He is the General of the Lost Battalion and an option Lair mini-boss. Just like the other Cadaver army men roaming around The Tangle, The Dreaming General was once an honorable-turned undead general, now doomed to remain in his own General's Keep and with the overgrowth that has taken over. 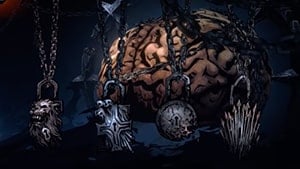