Heroes in Darkest Dungeon 2 include all the hero types and classes of heroes available in the game. Heroes include the unique types and starting classes players can choose from that each contain their own set of Stats, Quirks, Skills and abilities. This also plays an important role on how the party interacts with any in-game events, circumstances and environments and how this affects the different Heroes relationship and sanity. Darkest Dungeon 2 introduces a new hero to the game, The Runaway. All new updates stats on the sequel for each hero can be found below. Below are the different Heroes available in the new Darkest Dungeon 2, and any new Heroes added to the game.

In Darkest Dungeon 2, hero rank positioning matters and plays an important role in combat. Upon starting your journey, you will start off with four heroes and you will have the freedom to optimize their rank positions within a party of four members. When you click on a hero, their stats are shown on the right side of the screen and you will see the "Rank" indicator that's indicated with Gold nodes which tells you the recommended position of where the hero must be placed, depending on the Skills that you have equipped.

For example, the Grave Robber utilizes a mix of ranged and melee attacks but has more effectiveness with using her ranged, sniping skills. By default, when you choose her, she is recommended to be placed in the mid ranks 2 or 3 in the team, and as for the Man at Arms, his starting skills are more effective being at the front rank of the team (Rank 1). Before you start an expedition or before leaving an Inn, it is a best practice to always open the character sheet by pressing [C] on the keyboard to review your team's skills and once you are on the road and before an enemy encounter, you can always permanently switch out their positions accordingly by dragging their icons at mid-lower part of the screen. However, in combat, if you have skills that allow the hero to move up or down certain ranks, you can temporarily do so. Some Skills get locked out if you’re character is in the wrong position, so you have to check them one by one to be sure.

How do I manage Stress & Meltdowns?

Managing the individual stress level of each hero makes its return in Darkest Dungeon 2 and this time around, the stress level is scaled from 1 being the lowest, and 10 being the highest, instead of it being previously scaled from 1 to 100 in Darkest Dungeon 1. Although it may look like stress level scaling is now determined from 1-10, it may be easier for you to manage but if you are not careful or at least keep a watchful eye on those who are about to reach their stress level peak of 10, they will have a meltdown, which affects the team's overall mood and stats.

A meltdown further adds negative affinity towards the rest of the team's relationship, greatly reduces the HP of the hero who just had a meltdown, and may gain random Quirks and negative status effects. Upon having a meltdown, the stress level goes back down between levels 4 or 5 and from there, it starts to increase until you reach another meltdown.

Stress is triggered mostly during exploration while you are in the coach, choosing a route, and of course through combat. When you are traveling, always look at their response that appears above their portrait heads to identify if it will apply stress. During enemy encounters, the level of stress increases depending on the damage you receive or status effects that are applied. The higher the amount of damage or if Critical hits land, the larger the amount of stress level increases, but most of the time, receiving a certain number of attacks from normal values of enemy attacks usually increases the stress level by 1.

The best tip to keep your team's stress level in check while you are exploring is by equipping and mastering the skills of the Plague Doctor's Ounce of Prevention or the Man at Arms' Bolster. These two skills allow you to at least reduce 1 stress level from each party member every few turns, and apart from that, resting at the Inn and having them consume stress-reducing items are the only way for you to lower the stress level of each character. Luckily, there are some Inn items that either reduces everyone's stress level or by choosing two heroes.

How does the Affinity System Work?

So how does the new Affinity System work in Darkest Dungeon 2? The Affinity System is basically the relationships formed by the characters towards one another. You will be travelling a lot with your chosen team and along the way, each of them will share their ideas, voice out their emotions, or even worse, disagree in some beliefs and clash in their own opinions. The Affinity System can either be beneficial or act as a burden for your playthrough, depending on how they feel about each other. And there are various factors that can affect the team's relationship. If you are wondering how do you classify the types of relationship you are building and eventually acquire, a Positive Affinity are classified in yellow, while a Negative Affinity is identified in blue.

To increase your relationship, you can either use consumables at the Inn that like the Boxing Gloves that requires two heroes to use which reduces Stress and either has a chance to yield Positive or Negative affinity. Apart from using consumable items, since you will be on the road most of the time, you will come across certain points of interest such as Assistance Encounters, an Academic Study, and Resistance or Cultist Encounters. For example, if you come across a Cultist or Resistance Encounter, one of the heroes will voice out that it is best to avoid them, and some of them says to fight. This shows you the relationships that will be affected upon choosing your action and by doing so, will contribute to either a Positive or Negative relationship affinity.

Affinity also is affected during combat, during a battle, your heroes can either become jealous or act as a team player who thanks them for their actions. For example, if you strike the last blow on a dying or low health enemy, one of them will say that "You are stealing their glory" and this adds up to a negative affinity or if you focus on supporting just one hero throughout the battle, they become jealous and will call you out for "Leaving them". On the other hand, if you happen to be helping out each team member when they certainly need assistance such as guarding them or healing them, or even by helping them out with simply attacking, your team will either thank each other or even show off their skills in a friendly manner, this will yield towards a positive affinity.

Now what happens when you reach the max level of a Positive Affinity or Negative Affinity?  What you want to do at most of the time is to reach maximum Negative Affinity and result into a Negative relationship towards each other, say for example, they build a Tumultuous relationship, you will see the two heroes start to argue with each other which applies negative status effects such as lowering their attacks and more. Having a meltdown upon reaching the stress level of 10 will also greatly contribute to a negative affinity, SO KEEP YOUR STRESS LEVELS AT BAY!

Despite the Negative Affinity being a challenge, resulting into a Positive Relationship such as Amorous will automatically grant the two heroes beneficial effects where one of them either automatically heals the other in between fights or takes a hit for the other. Take note that these relationships are not permanent and can always change depending on the level of affinity it contributes to.

How do I unlock more Heroes in Darkest Dungeon 2?

In the Early Access of Darkest Dungeon 2, the game starts off with four starting heroes such as the Plague Doctor, Man at Arms, Grave Robber, and Highwayman. As for the rest of the heroes that are featured, players will need to reach a certain Profile Level in order for the hero to become available in your next run. By doing this, players will need to gather Hope resources which is used to increase the Profile Level.

Earning Hope is done by performing well on a run, and several factors increase it such as meeting certain goals of a journey you embark on, as well as winning enemy encounters. An example of meeting certain goals of a journey is you can be rewarded with a certain amount of Hope if you manage to keep the light torch at 40+ or at least complete 3 Assist Encounters. If you want to change your team lineup, you will need to abandon your current run and start a new one. 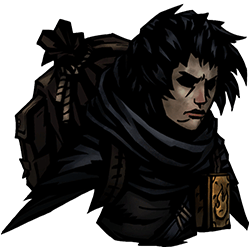 Fire and smoke - destruction and concealment 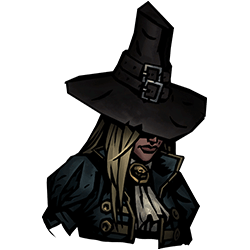 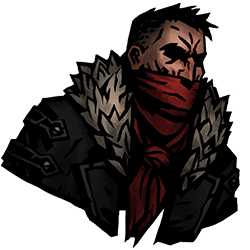 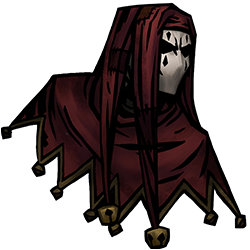 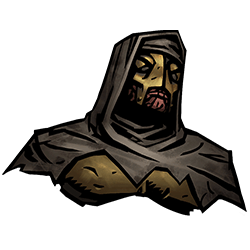 When pain is accepted, strength flows in abundance. 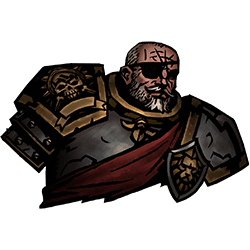 A resolute defender, tempered by the merciless blows of innumerable assaults. 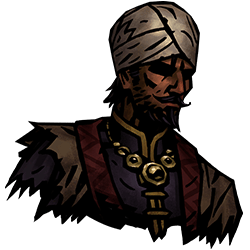 Witness the infernal and blasphemous power of the void! 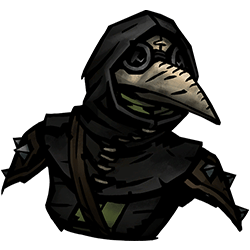 What is a physician if not a student of decay? 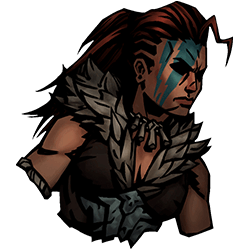 The spilling of blood - an offering to the Gods!

The values of resistances for each hero below are the base values. These can be temporarily increased by consuming Inn items only at the inn, that grants resistance bonuses, by equipping Trinkets, having certain positive Quirks, and by using combat items during a battle.

Unlocking hero skills work differently now in Darkest Dungeon 2, upon starting the game, you will gain access to four starting heroes such as the Grave Robber, Plague Doctor, Man at Arms, and the Highwayman. Each hero, by default, has access to five skills and there are more skills that can be unlocked along the way. These skills can be unlocked by via a Shrine of Reflection when you are "on the road" traveling, and by choosing to reflect on the Grave Robber's past, this hero can unlock and learn more Skills. It is important to take note that once you learn a new skill after stopping by a shrine, this skill is permanently unlocked even after you restart or abandon your current run.